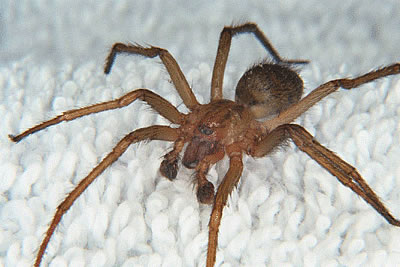 Why call them hobos? Because they hitched a ride some time ago and settled in America. Hobo spiders are native in Europe. They didn’t come to America through Ellis Island or the Port of New York. They landed in Seattle.

Maybe hobo spiders came to Seattle as eggs; maybe just one sac of eggs attached to one pallet. More likely, thousands of egg sacs on hundreds of pallets. Or maybe, a nest of the spiders. In any event they have spread from the Port of Seattle through almost all of Washington, Oregon, Idaho, and into Utah. These partially documented aliens can’t be deported and they appear to have social security.

In Europe hobo spiders are found in the fields, seldom in houses. In America they have become urban dwellers, an interesting adaptation. However, the American experience is not fully indoors. Here hobo spiders commonly are found in gardens and yards, as well as near house foundations and basements. 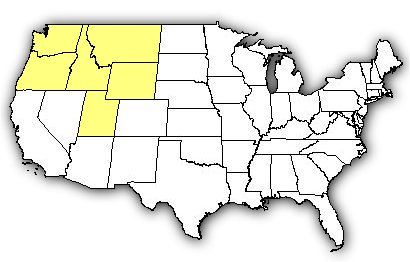 Hobo spiders are large. The body, thorax and abdomen, may be one half inch or more. The long legs extend so that the spider would encompass a silver dollar. The legs have a light color and the body is a little darker.

How Big are Hobo Spiders?

The average size of a mature Hobo Spider is approximately 1/2 to 3/4 of an inch, with a leg span of 1.5 inches.

Classified as funnel web weavers, hobo spiders weave a layered web which has a funnel-like lair at the rear where the spider waits for its prey. The web is not sticky, but is a “trip web” which traps the insect prey that is unable cope with the surface. The funnel web weavers, including the hobo spider are noted for rapid movement. When the web shakes, they get to the prey quickly. 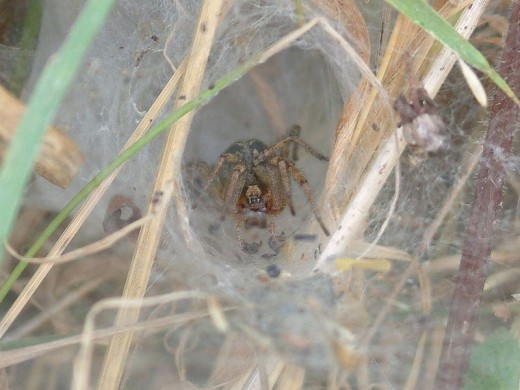